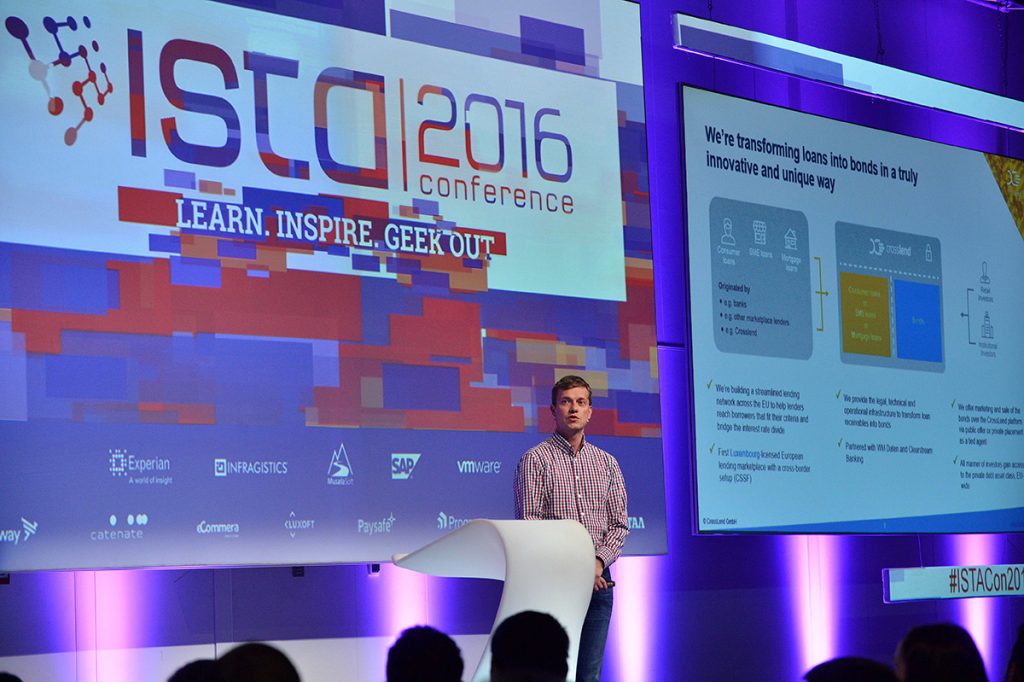 This November I came back on stage at the ISTA conference 2016. The 2 day event gathered quite a crowd of geeks from the software industry and in particular from Bulgaria. Hosted in the top notch Sofia Event Center and with a great view to the Vitosha Mountain, the event allowed me to dust out after such a long break. In about an hour I walked with the audience through the evolving online consumer behaviour, and how the internet and ecommerce proliferation have opened the door for a whole new myriad of financial services innovations. That eventually brought me to cryptocurrencies, p2p lending and ultimately securitisation services through CrossLend. What struck me is that the hardcore financial language didn’t scare off the audience. I was actually a bit afraid that my topic might be too softy, yet the insights of how we run our IT operations rounded the talk and instigated plenty of questions from the audience. So all in all, a great event, amazing people and in support of a noble cause.

Another thing that I cannot not resist to mention is the lack of excitement in the media about the advance of a Slack killer from Microsoft. And from Facebook. And… no more big players, for now. So the rumours were true. Microsoft released its Teams product and bets it could beat Slack in their own game. Instead of buying Slack, MS goes for its own product for a second time in recent years. And it certainly has a scalable channel to get a sizeable chunk of the collaboration market. Same time there is the not so old mishap in the recent history of the company and namely building an awesome mobile OS, appealing mobile devices and still not succeeding to beat its equally powerful competitors. What failed MS was the lack of apps. What may fail them again is … the lack of apps (Slack has 750 of them). Yet, the main differentiator seems to be video calls capability. Well, yes, you may say we cannot compare Slack with Microsoft due to their vast difference in size. But keep in mind that Facebook has also launched Workplace and has won over 1 000 business clients. This is gonna be a heated one. Agree?

And finally, a bit about Blockchain.  It is officially my new darling to explore and you will probably get fed up with me writing about it again and again. Just saying 🙂