I came upon something truly inspiring. As usual I check few interesting startups each week. Lately I do it mostly in the IoT, B2B SaaS and Ecommerce/marketplaces space. It is not easy, with all the rest going on, so is really a matter of discipline to stay relevant and follow the trends.

During one of these sessions I met Rustem. This guy told me his story and it blew my mind.

Rustem and his team built this (see picture below). 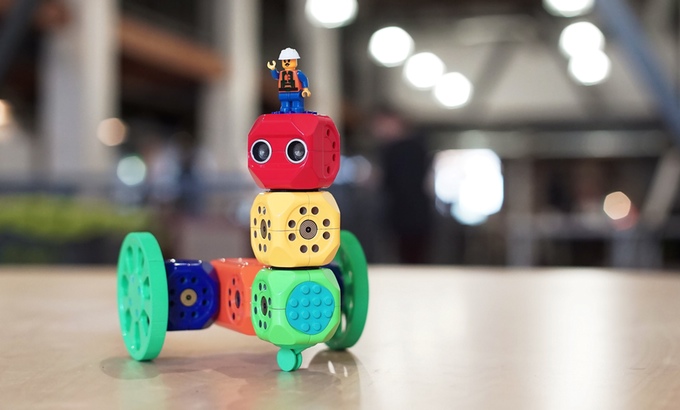 Simply said, Robo Wunderkind is a robotics kit that allows you to build your own robot, so that kids also pick up basic coding skills along the way.

It is essentially a set of blocks which you can use to build all kinds of functional robots. Connecting the cubes is as simple as putting building blocks together — there is no wire or magnet. 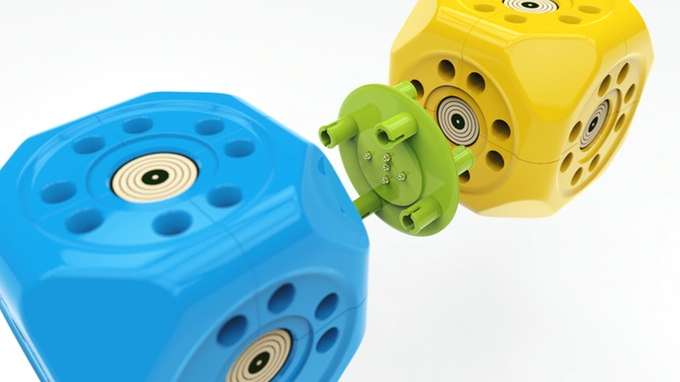 Then comes the 2nd fun factor. Kids can learn how to code by playing with the app’s visual programming interface which is super intuitive: kids with no previous exposure to coding will easily figure out how to program in the app.

Here are some things that Robo Wunderkind can do: 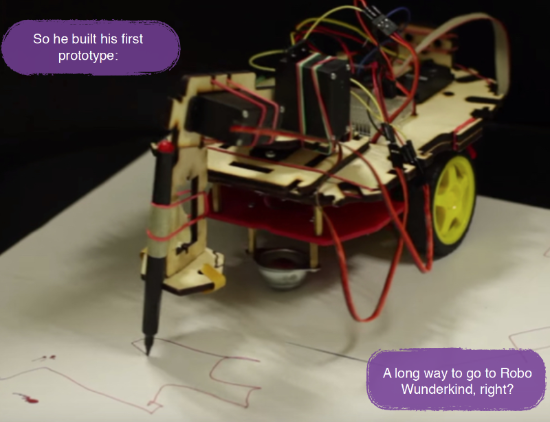 After building his prototype and putting his star team together, Rustem and Anna did something unexpected.

In 2014 they moved to Shenzhen, China to pursue their dream. There they learned all around hardware manufacturing.

That took a year and it mid 2015 came their Kickstarter campaign. Which ended up raising more than 3x the amount initially planned.

In this month, July 2016, almost 3 years after the idea was born and a ton of awards and pitches later, Rustem and team will start delivering their product to their 1 169 backers.

In simple words entrepreneurship is about dedication, patience and believe in what you do, and Robo Wunderkind is a true example of what it takes.