Being far from the idea to narrow down all qualities of a leader in this post, I am a firm believer that real leaders excel in leading by example. A recent story reminded me of that simple truth. 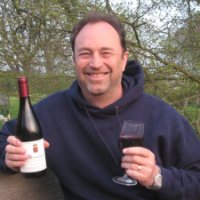 Rowan Gormley, somebody who I was lucky to meet while studying at Cambridge, has just given up his £7 million share bonus. Not because of weak financial performance or other mishap. On the contrary, Rowan passes on his bonus to his employees if they meet their targets. Thus, incentivising them long-term with his company performance.

“I felt that the shares being allocated to me would mean a lot more to other people (..). And therefore would be a motivation, and therefore would increase the value of my own shares. It’s not an act of philanthropy. It’s an act of good commercial sense.”.

Simple but powerful example of win-win for a CEO and his team aligned with the company goal of turning around its fortunes. It also further strengthens the acceptance of Rowan on top of Majestic wine who is already highly regarded about his leadership qualities from his people.

This should not come as a surprise as he has undisputed in depth knowledge of building businesses and in the wine industry in particular. Rowan has had several high profile positions at Virgin working closely with Richard Branson. He ran Virgin Direct (now Virgin Money) and after leaving set up Orgasmic Wines. The firm became Virgin Wines in 2000 when Richard Branson bought into the business. Rowan left Virgin Wines in 2008 and set up Naked Wines. Last year Naked wines was acquired by Majestic Wine and Gormley was appointed CEO of the enlarged group.

The challenges as CEO are quite a thing – increasing revenue by 25% till 2019 while the British market is pretty much stagnating and facing established competition. And if that is not enough the weaker pound (thank you, Brexit) – which makes imports more expensive – could mean higher prices have to be passed on to customers in the future.

In any case, Godspeed, Rowan!

This website uses cookies to improve your experience while you navigate through the website. Out of these, the cookies that are categorized as necessary are stored on your browser as they are essential for the working of basic functionalities of the website. We also use third-party cookies that help us analyze and understand how you use this website. These cookies will be stored in your browser only with your consent. You also have the option to opt-out of these cookies. But opting out of some of these cookies may affect your browsing experience.
Necessary Always Enabled

Any cookies that may not be particularly necessary for the website to function and is used specifically to collect user personal data via analytics, ads, other embedded contents are termed as non-necessary cookies. It is mandatory to procure user consent prior to running these cookies on your website.